This tool is just for information, we cannot be held responsible for your winnings or losses in poker.

History of Texas No Limit Hold'em

Texas No Limit Hold'em is the World’s most-played poker variant. Texas No Limit Hold'em (NLHE) is played live in casinos or via gaming platforms on the net on two to ten handed tables. Using a traditional 52 cards deck, each player is dealt two closed cards only known by him. Once the opening bets are made, five face-up cards are gradually revealed. The first three cards are called “Flop”, the fourth is called “Turn” and the fifth, “River”. Before the flop and after every card dealing, each player can bet or check to see the rest of the board. Then, to win the pot, a player must either make his (or her) opponent fold or show a better hand than him (or her) i.e. the best possible five-card combination between his two closed cards and any of the face-up ones, from a simple high card to a royal flush. 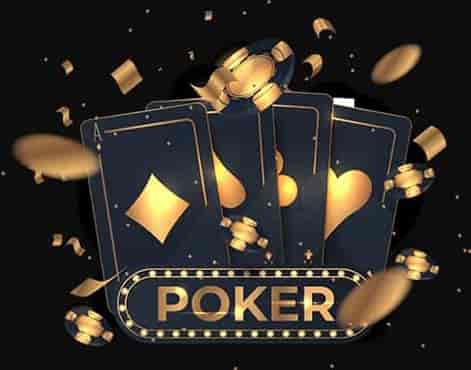 While nobody knows the exact birth date of Texas Hold'em nor its origin, it is widely held that the it was born in Robstown (Texas) in the early 1900s. It gradually replaced closed poker (draw game) and was popularized through the iconic gambling city Las Vegas’ casinos from the 1960s onwards. Casino Binion 1970’s World Series of Poker established Texas Hold'em as a leading game and its fame only increased thereafter. Many books have been published since then to explain the rules and understand poker strategy. Nowadays more technological solutions are available such as video tutorials and computer software. Texas NLHE peaked in the 2000s with, amongst others, Chris Moneymaker’s victory in the $ 10,000 Main Event of the 2003 World Series of Poker. Qualified through an 18$ internet tournament, the amateur won the $ 2.5 million title, thereby living the dream all lovers of this game have. From an initial 839 contestants, the next year’s participation soared to nearly 2,500. It has continued to grow exponentially since then.

Texas No Limit Hold'em is a game of strategy with incomplete information. To establish an optimal strategy in Texas NLHE, it is necessary to take several factors into account including position at the table, value of the hand held, stakes involved but also the mathematical aspect of it. It is the latter which is of interest in push or fold charts. While poker, overall, cannot be analysed solely with mathematics, through game theory and its applications, it can nevertheless prove very useful in certain specific situations. Following testing from German Ernst Zermelo and Frenchman Emile Borel, John von Neumann's and Oskar Morgenstern 1944 book, Theory of Games and Economic Behavior, laid the foundations for game theory and detailed the method for solving zero-sum games. Poker is a zero-sum game since the interest of one player is strictly opposed to the interest of the other player; one being the winner and the other, the loser.

American mathematician and economist John Forbes Nash brought to light in the 1950s the notion of equilibrium, now known as "Nash equilibrium", which determines an optimal strategy no player should deviate from. This is a very specific situation requiring each player to predict the opponent’s choices and maximise his (or her) gain accordingly. Applied to poker, this theory states that an optimal strategy is employed depending on the opponents’ strategies despite the absence of a crucial information, namely the value of the opponents’ cards. All aspects of the decision are factored in to establish simultaneously the best possible course of action and stick to it.

Jennifear's charts and their use

Nash equilibrium applied to poker should therefore allow a player never to lose, whatever the opponent’s strategy. Consequently, there are no regrets to be had in case of defeat since one played in the best possible manner; the one that ensures long-term profit. In effect, being a game with incomplete information and many decision factors to be considered, poker is not just a form of mathematical resolution. However, some assumptions based on Nash equilibrium can help simplify the game and thus make it mathematically resolvable. The concrete application of this mathematical resolution are Jennifear's charts used in our push or fold Calculator Tool. If poker is simplified to push or fold actions, then decisions become calculable.

How the tool works

Before using our tool, you need to know several factors. In addition to your cards’ value and suit type, carefully note your position (am I in early or middle position or in a battle of the blinds?), the amount of the ante compared to that of the blinds or even your total number of big blinds. As a matter of course, the calculator only takes into account push (betting all-in) or fold (discarding your hand and forfeiting interest in the current pot) full ring situations with 20 blinds or less (not just simple raises) for purposes of game simplification and automation. Thanks to this mathematical resolution, your long-term gain expectations can only be positive.