We generally talk about a situation that is played 3 way when we are at the flop at the turn or at the river and 3 players are still in the game. A 3 way pot is a pot that is contested by 3 players. Generally, flops are played head-to-head in shorthanded cash games (the most popular games where 6 players are on the same table). If your friend describes a hand that he has played, it will be important for him to tell you that he played his 3 way hand if he did, since the hand will not be played the same way.

Playing a 3 way pot and implications

Let's take the following example. A player opens on the button when all the players are lying down before him. The small blind and the big blind call the bet. The flop falls A-K-J with 2 spades. Both blinds pass and the player hits the bet button. Both blinds call the bet. The turn is a queen of spades. The player on the small blind bets, the player on the big blind raises and the player on the button with AK in hand wonders about his options. He can tell his friends: "I had a good hand, but we were 3 way, it was harder to play". Note that poker players are generally more honest in 3 way. 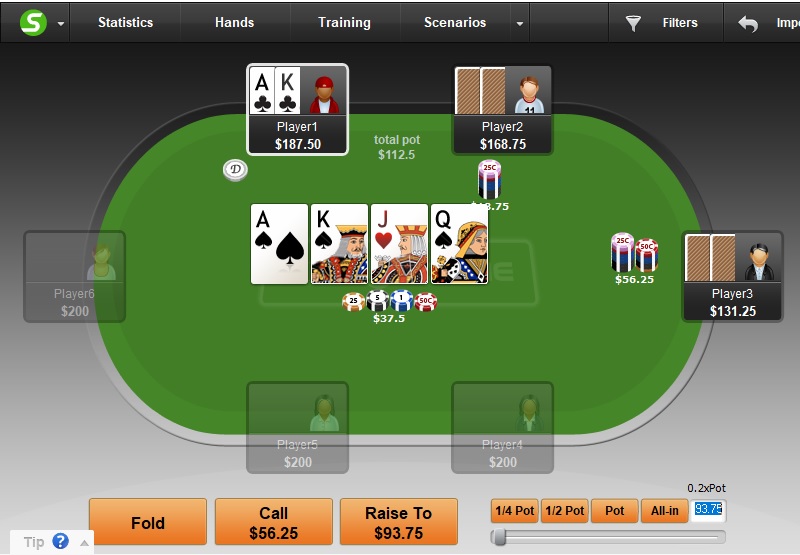