When a player has the best possible hand, he will be called a "nuts". Having "air" is exactly the opposite. When you have air, you don't even have a pair. When a player has "air" he can play conservatively and fold or try for the whole thing (bluffing with air).

Example of a situation where a player has "air".

Sometimes a player ends up with air, but still had incredible potential with his hand. Let's say you have a nine and a ten in heart preflop. The flop gives 7 of hearts, 8 of hearts and 2 of spades. Here you have a monstrous draw. All 6s or Jacks will give you a straight, all hearts will give you a flush, all nines and tens will give you a pair. In this situation, if you're in position flop and you have lead (you're preflop scratch), you'll want to bet. Let's say you bet on flop and your opponent calls the bet. If the turn is still a brick (a card that isn't significant to you), you'll probably bet again. And if the river is a brick again, you might have the reflex to bet your "air" big in the hope that your opponent will fold. 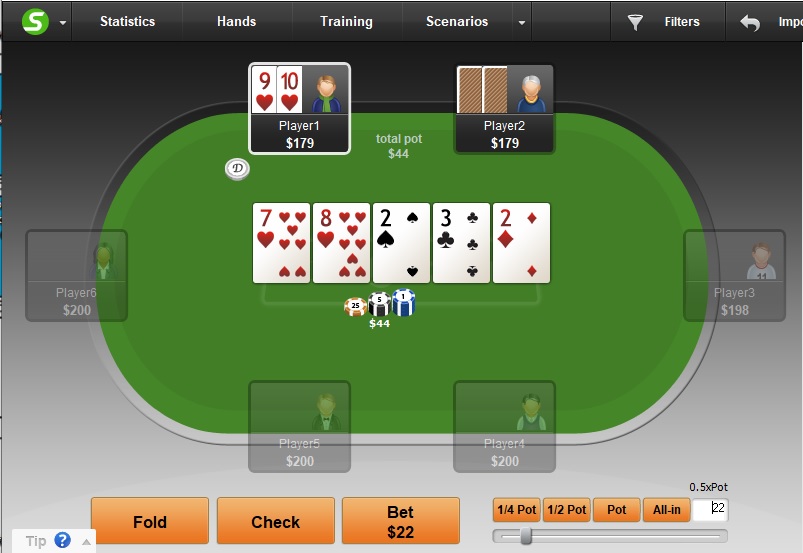