Examples of a backdoor draw

Player A receives his preflop cards and finds AA. Player B receives KK. The flop falls A-2-8 rainbow. In this situation Player B will need two cards to help him. If the turn is a king and the river is also a king, the player is said to have made a square "backdoor". Another less extreme example would be this one. Player A and B are playing against each other on a flop A-T-2. Player A has AK while player B has a three of king of 10 (pair of 10's in hands). Here Player A will need two cards to improve his hand. His equity will generally be low in this type of situation, about 5%. If the turn gives an A and the river gives a K, it will be said that Player A has won the hand on a draw of backdoor (also called "runner"). 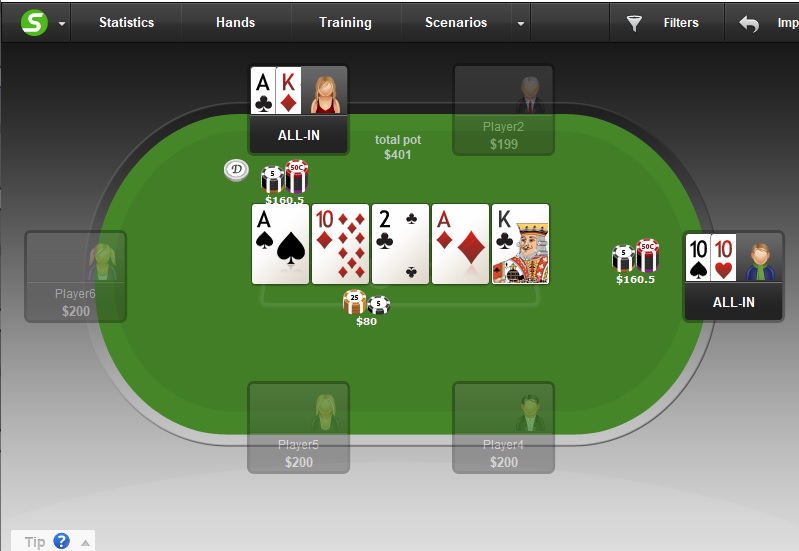