The first player to write about the concept of an blocking bet is David Sklansky, the great theorist of the poker. In summary, an blocking bet is an bet that is made on the river to go to the slaughter at low cost. The blocking bet can also be done at the flop and at the turn, but this is rarer. This bet is often done out of position on the river when a check on our part will incite our opponent to bet big, which would put us in a difficult position.

Example of an blocking bet

You have A-2 in clubs and you are on the river. So far, your opponent has bet on flop and the turn. The board is 6-9-3-3-A. At flop, you had a color draw, but unfortunately, you didn't hit it. On the river, you may not have the flush, but you hit top pair. Your sidekick is mediocre, but your pair could be good. Your opponent is competent and here he could have anything. You're afraid of a big bet that would put you in a difficult situation. Also, if he has a pair of tens or jacks for example, he could pass and you would lose some money. You decide on an bet 1 flop in 60, which is a quarter. This is the classic example of an blocking bet. In order for it to be an blocking bet, it has to be a small bet in relation to the main pot. 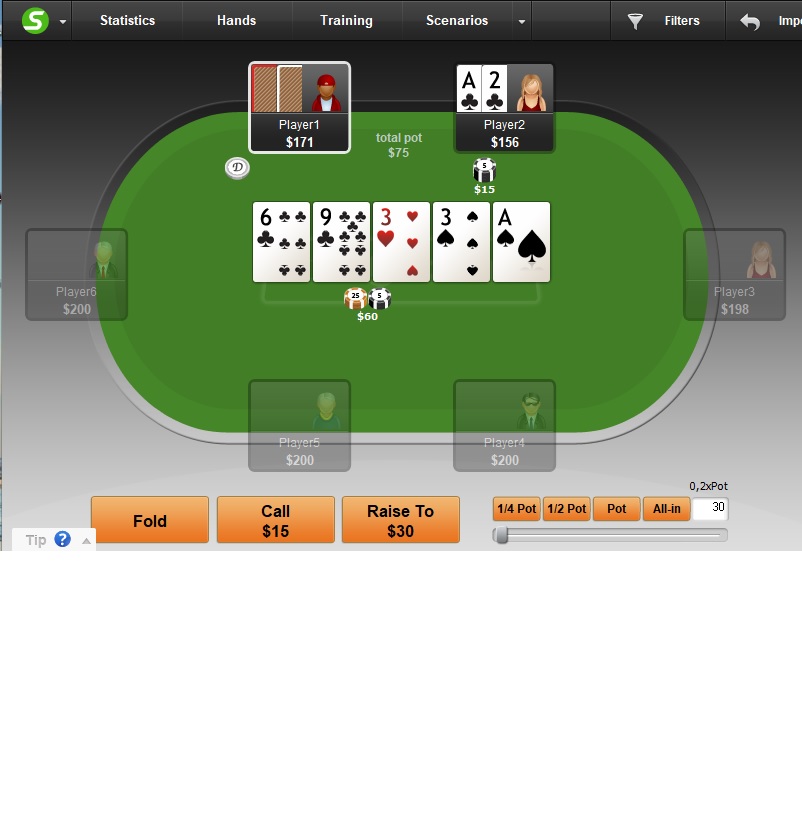