A combodraw is an expression more often used in Omaha than a Hold’em (although it is still used in Hold’em). The reason being that all in is more common in Omaha than in Hold’em. If, for example, two Omaha players play against each other on a flop A-8-9 with two spades and one has AAxx and the other has JTxx with two spades, we would say that there was an all in "top set versus a combodraw". What we mean by combodraw is a multitude of combinations of turn and river that can help the player with JTxx. In this case, all flops, Qs and spades will give the best hand to the player with a combodraw.

Poker players highly value ready-made hands (such as AAxx in the example above). And they're right, of course, because they are very strong hands, but some combodraws are stronger than some ready-made hands. Let's take an example of a Hold’em and a flop 8-9-A with two diamonds. One player has a ready-made hand with AK (top pair, top kicker) and the other player has a combodraw (JT in diamonds). If both players go all in on the flop, who will win the pot most often in the long run? The player with the JT in diamonds will win the pot 56% of the time against 44% for his opponent! 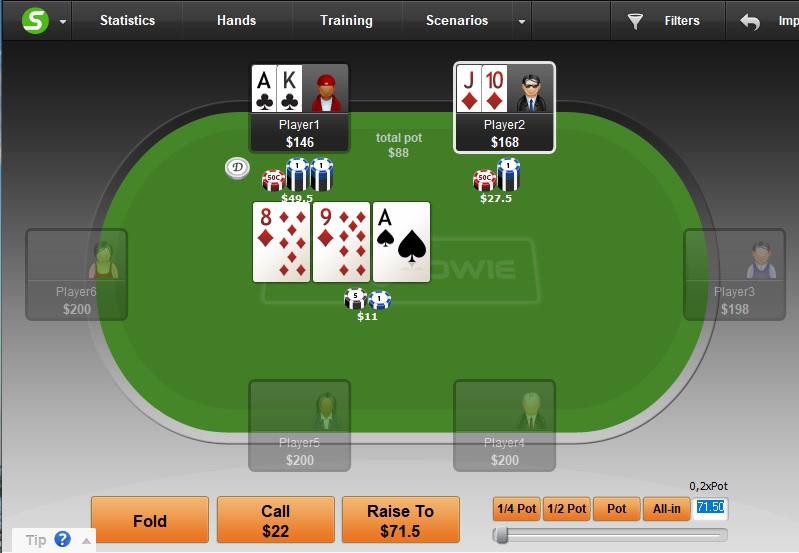