A cooler is when a very strong hand meets an even stronger hand. A cooler is a situation that cannot be avoided. If two players in the blindss have a pair of kings and a pair of aces, chances are that both players will end up all in preflop. This is called a cooler. A cooler is a fatality. There are situations in poker that are almost inevitable. If I have AQ on A-A-K-Q-2 against a very aggressive player and I lose all my money against his AK, that's just a cooler. The expression could be translated as "a shower of cold water".

A cooler is not a bad beat

A distinction must be made between the two expressions. A bad beat is when we put all our money before the river by being widely favored. A bad beat is when very unlikely cards will give the pot to our opponent. If I call a all in with a pair of 2's against AA on 2-2-5 and the turn is an A and the river is another A, then I would say I made bad beat. If the all in was on the river instead of the flop, then we'll call it a cooler. 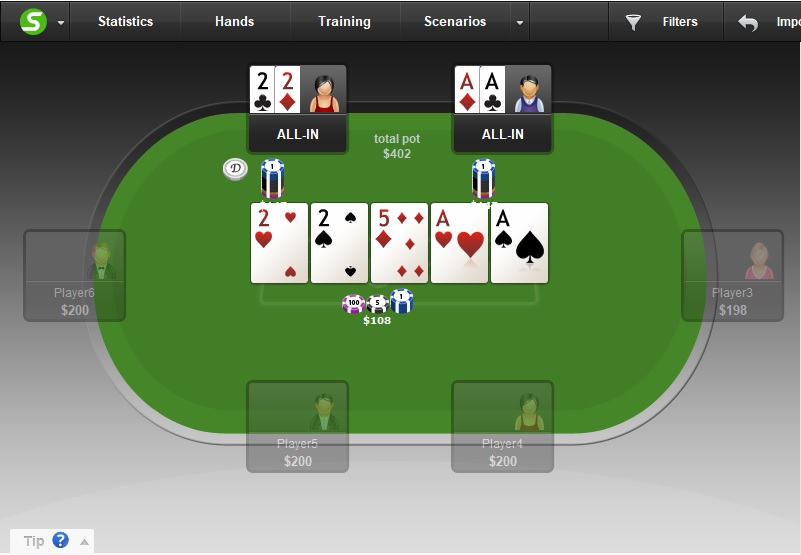