By flush, we should not understand red and black, the two flushs of the playing cards, but the 4 families of cards (spades, clubs, diamonds, hearts). In traditional card games, spades and clubs will be black while hearts and diamonds will be red, but in some online poker rooms, spades will be black, clubs green, hearts red and diamonds blue. This makes it easier to read the tables when playing a lot of tables.

Another meaning of the flush

We will also use the expression flush to talk about what is called an flush in English, i.e. 5 cards of the same "flush". We will understand that once again, we are talking about families of flushs and not about red and black. Any five cards in spades will make an flush. The flush will beat the straight but will be beaten by the full hand. When two players have an flush, the player with the highest card will win the pot. For example, if the board is 5-7-9-2-3 and there are 3 spades, the player with A8 in spades will win the pot over a player with KQ in spades. 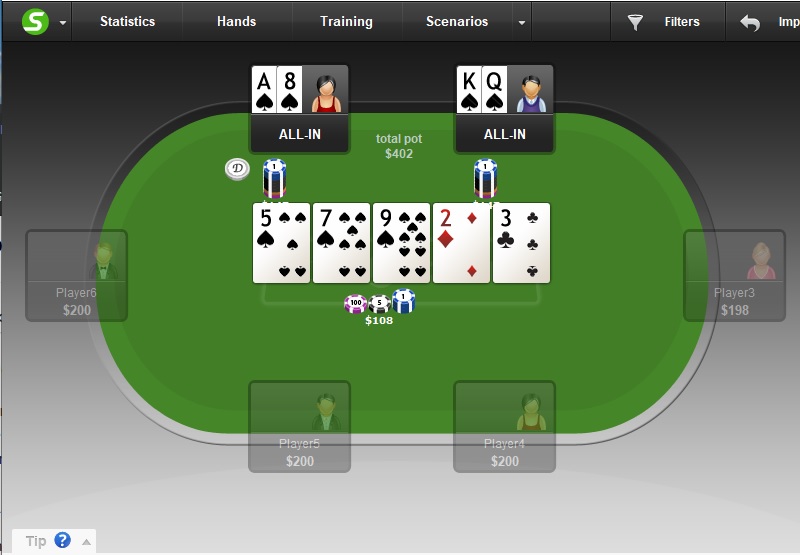