Definition of heads up

heads up translates as "one-to-one". In poker rooms, you will find several types of poker tables; full ring (FR, with 8,9 or 10 players) shorthanded (SH, with 4-5 or 6 players) and heads up (HU, with 2 players). In games of cash games, any table that has only two seats is called an heads up table. This is the most dynamic type of game. You will have to play more than half of your starting hands, which is not usual for shorthanded or full ring player games. heads up can be the most profitable poker game if you excel at it. 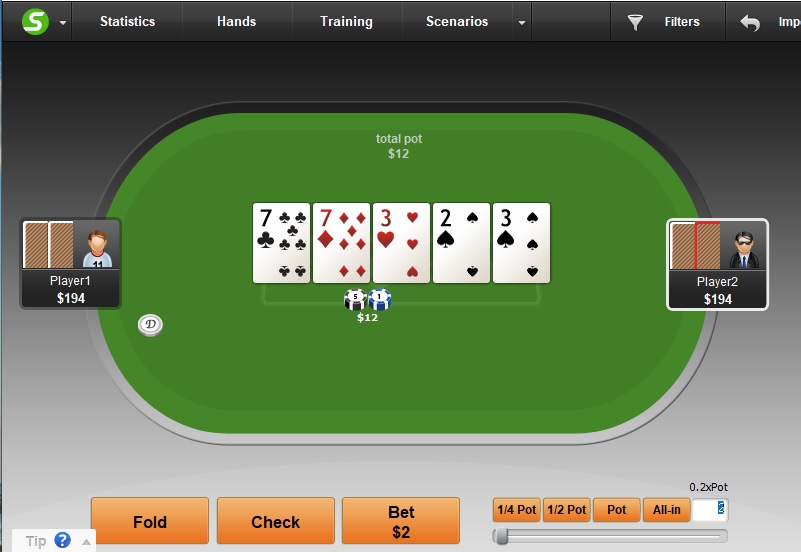