In poker, we can talk about "high" when we have less than a pair. At the river, for example, if a hand like A2 hasn't connected with the board, we'll say the hand is "high aces". This hand could beat, for example, a player who would have KT with "high king". The expression can also be used to refer to the sidekick. If 2 players have an ace on A-5-5-6-7, the player with AK will say he has a pair of aces with high king and the player with AJ will have a pair of aces with high jack. These cards are also called sidekicks.

High Aces, a respectable hand for a one-on-one game

If you play on full ring (FR) tables, the idea of winning a hand at the slaughter with "high aces" is a bit utopian or even far-fetched, but if you're a regular at head-to-head games, you know that a hand like high aces is relatively strong. Obviously, if your opponent has shown a lot of preflop-strength and at the flop, it is more than possible that your hand is not good, but in the majority of cases where there has been little action, high aces will be the best hand most of the time. A hand like AT will be the best 60% of the time on a 7-7-3-2-3 board against an opponent playing any two. 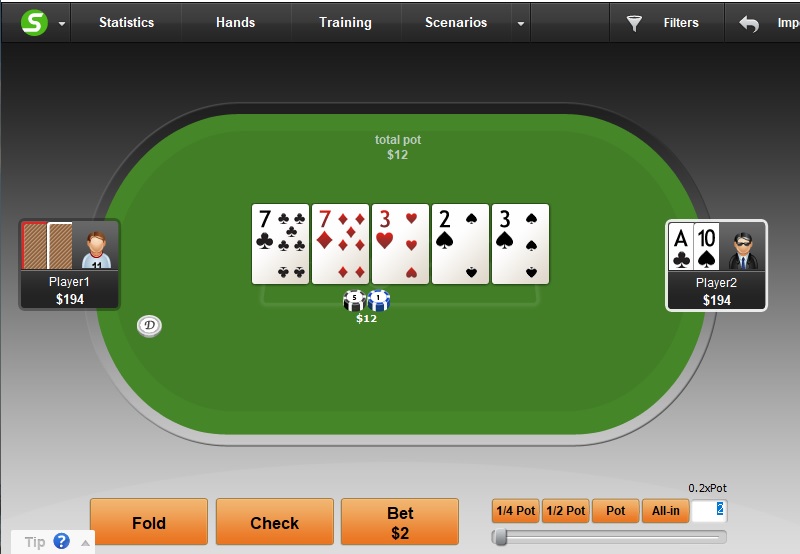