An example of lockout

You are on the small blind with AK in the heart. The players lie down until the button that opens. You raise and your opponent calls your 3bet with a pair of 8's. The flop comes 872 with a heart flush (your flush). You bet and he calls the bet. The turn is a 2 which makes a double on the board. You go all in on the turn and your opponent flips his pair of 8's. Here you have 0% equity. Even if you hit your flush, your opponent will still win the hand, it's a lockout situation (also called a lock, a sure win). 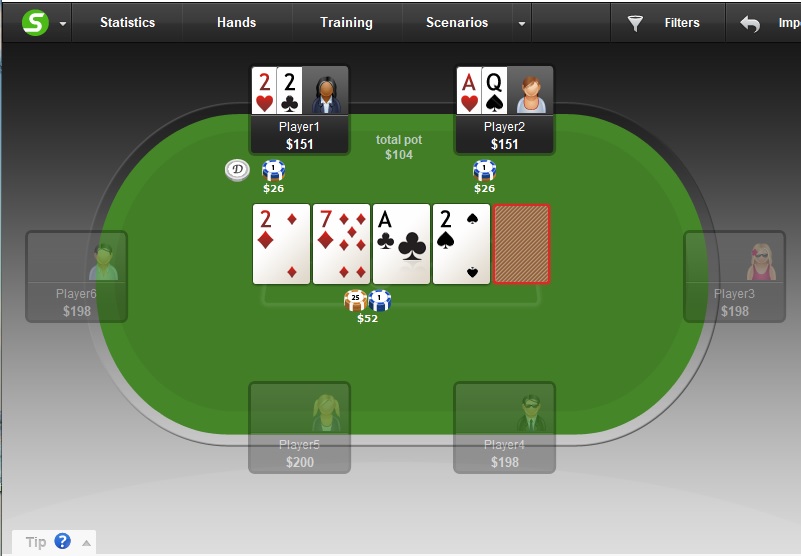