The different positions at a poker table

The most numerous poker tables have 10 seats. This is the button that is the position indicator. It is from the position of the button that you can know the other positions. For example, the player who has the button is also named dealer, brewer or croupier. He is the player with the best position on the table. The two players to his left will be the blinds. To his immediate left will be the small blind and to the left of the small blind will be the big blind. To the left of the big blind is the position named Under The Gun. She is the first position to speak preflop. After UTG, we have Under The Gun + 1, Middle 151, Middle Postion 2, Lowjack, Hijack, Cutoff and then, dealer, to complete the loop. 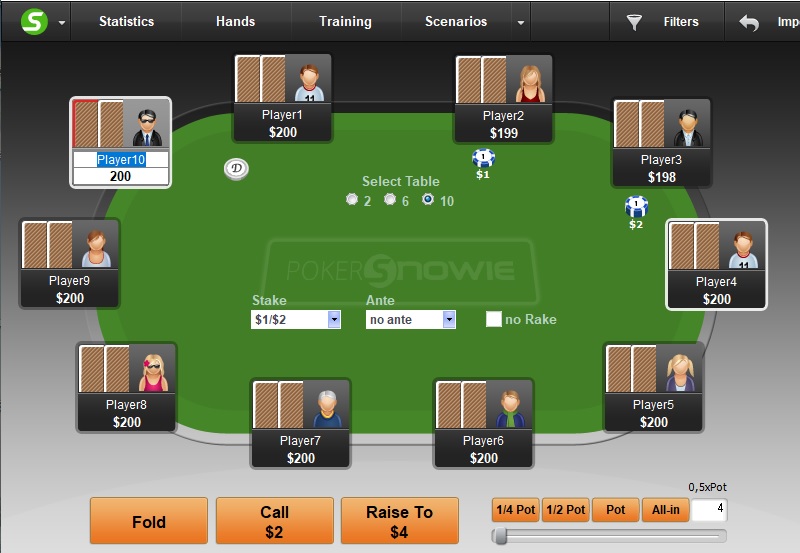