The turn is the fourth common card. After the pre-flop round where each player receives his two hidden cards, the dealer reveals the flop (3 community cards). After the betting period, if necessary, a fourth community card will be revealed, the turn. In English, this card is called the "turn".

The turn, a difficult card to play

The turn is probably the card that gives the most difficulty to the players. The flop is often "fit or fold", i.e. if you don't hit the flop, you give up. If you have a hand, you bet, call or raise. On the river, we have all the information we need to make our decision so we have help on that side. But on the turn, we're halfway between the flop and the river. If we were on a draw, we have invested on the flopth and there is still the river ahead. But there's only one card left to come and not two and maybe we'll face a bet. If you want to improve your game, studying the turns you've played in the past is certainly a good idea. 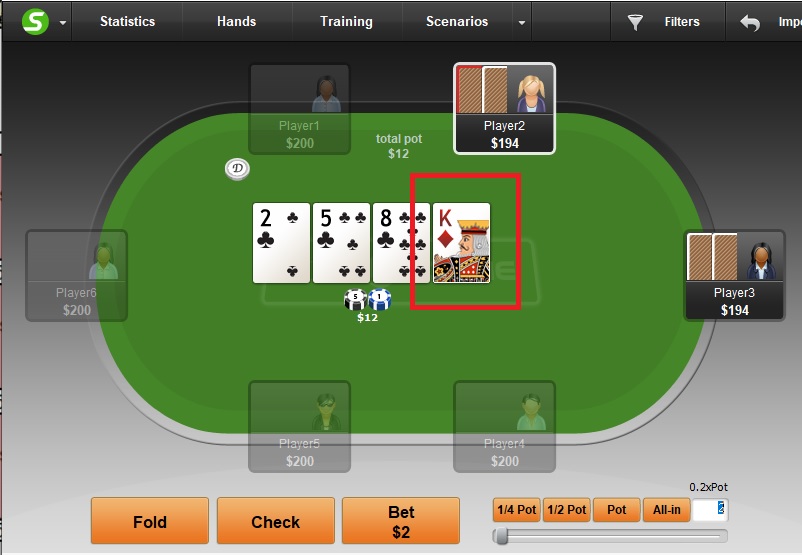