Definition of under the gun

Under the gun (often written UTG) is a position on the poker table. Whether you're on an shorthanded or a full ring table, the player who speaks first preflop will always be named "under the gun". There is no official translation of this expression, but some people will refer to the position as "under pressure".

Implications of playing under the gun

Since the player in position under the gun will talk before all the other players, without having any information about what they will do, he has to play a smaller range of hands than if he were on the button for example. On the other hand, since he is playing under the gun, the players at the table will give him much more credit than if he were on the button (who will be able to raise just about any two cards). On the one hand, when you are under the gun, you will have to play a range of stronger than average hands, and on the other hand, you will have a lot of credit in the eyes of your opponents, which will allow you to bluff with good efficiency. 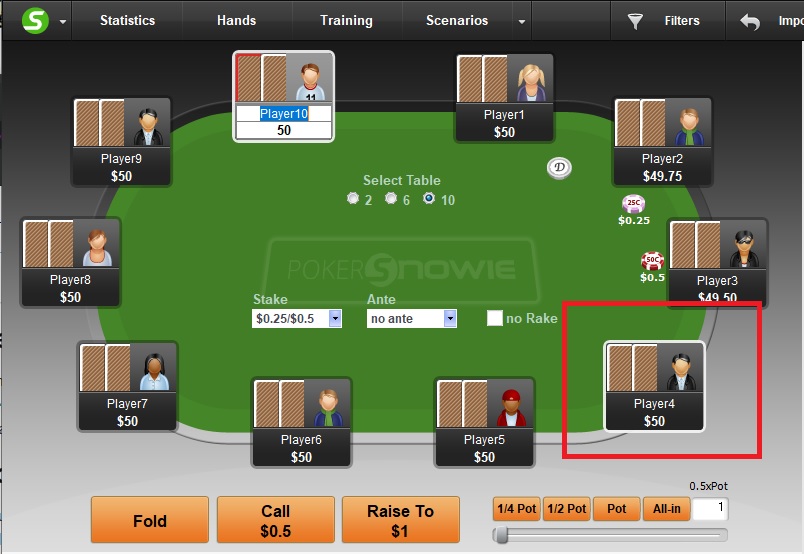