If you're a tournament poker player, one of the things you'll definitely want to work on is the so-called Independent Chip Model or simply ICM. But what exactly is the ICM? 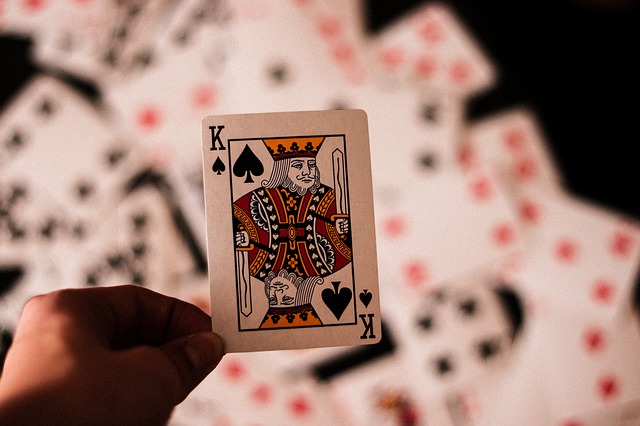 The ICM is a mathematical model to calculate our fairness in a tournament (although we'll use the example of tournaments, when we talk about ICM, please note that the concept will also apply to sit'n'gos and other similar formats). This equity is often converted into money representing a fraction of the remaining paid seats in a given tournament. In an ICM calculation, only objective data will be taken into account. This data includes the size of our prize pool, the number of players remaining in the tournament, the number of paid seats, and the size of those different paid seats. This objective data will give us an idea of how likely we are to win the tournament. Quite simply, the more chips you have, the better your chances of winning the tournament and the more valuable your stack will be. The ICM will therefore add something concrete to the abstract Several subjective factors (our skills compared to those of our opponents, for example) will also influence our chances of winning the tournament, but will not be taken into account when calculating the ICM (this is its main limitation). It should be noted in conclusion that not all the software that calculates the ICM uses the same calculation method or the same hand classification, which may mean that your results will vary from one software to another. But be aware that these differences will be minimal and of no great importance. The ICM calculation method allows us to track the fluctuating value of our tournament chips and convert them (theoretically) into dollars, as if you could exchange your stack at any time for cash. This allows us to keep in mind the possible value of our stack (which is difficult to estimate otherwise)

Any serious tournament player should have a minimum knowledge of the ICM calculation method. This will help guide his decisions during certain difficult hands on the final table of a tournament, for example
Where and when is ICM calculation used? Let's take a simple example that we can work with for the rest of the explanation. You are in a poker tournament and there are 5 players left at the final table. The tournament only pays 4 players in this way:

This is what is called a distribution of places paid according to the ICM method. Please note that this value is theoretical. If the paid seats are fixed and no agreement is possible, no one will see this money since it is only a notional value assigned to the mat. We can still make a few observations after seeing these figures. For example, the chip leader has five times the player's stack in 5th position and we notice that his stack is not worth five times as much in monetary value as it would be in a cash game. Just as if in your first tournament hand you double your stack, you will not be twice as likely to win the tournament and for that reason your stack will not be worth twice as much

In the above example, the ICM paid seats are only accurate at that point in the tournament. If another hand is played and players win or lose chips, the cash total allocated to them will change. The advantage of this ICM arrangement is that a paid seat has just been added (the 5th position). If you are in a tournament as in the example above and you see that the remaining players are of your caliber (or better), it is strongly recommended to make an ICM deal and cash out your share of the pie. As there is a lot of variance in tournaments, this is one way to reduce that variance by cashing out the amount you are owed. Once all players have accepted this agreement (for the ICM agreement to be valid, all players must accept it), the tournament will be over and no more hands will be played. So in summary, the advantages of taking an ICM agreement in certain situations is time saving (you are no longer obliged to continue playing the tournament) and lower variance (in a situation where all players are of the same strength, the luck factor will take up a lot of space for the rest of the tournament)

By reading the computational advantages of the ICM model, you probably deduce its disadvantages. Imagine yourself in the above example tournament with 4 recreational players while you are an excellent pro. In this precise situation, you can anticipate that your opponents will make many more mistakes than you during the tournament. For this reason, if someone asks you if you accept a tournament agreement by being paid according to the ICM calculation method, you will have to decline the offer. In the long run, you know that you will make more money by continuing to play the tournament than by agreeing to "sell" your mat for an amount set by ICM. The ICM calculation does not take into account the skill of the players at the table

Unless you're playing for a sum of money outside your comfort zone, never accept an ICM deal when you're significantly stronger than the players at your table or have an inordinate all-inclusive advantage. By studying different ICM situations, one realizes the powerful leverage of the big stack on medium stacks, especially when there are many small stacks. Medium mats will have to play very conservatively until the small mats are eliminated. The big mats will have a great opportunity to bluff the medium mats at a high frequency

Other factors may influence the outcome of a tournament and will not be taken into account by the MHI. For example, during a very long tournament that is coming to an end at the World Series of Poker, you will notice that some players will be in better shape than others, which will influence the quality of their decisions. In addition, if one or more players are playing for buy-ins that are out of their comfort zone, it may also degrade the quality of their play. In a $5 tournament, no one will care too much about finishing on the bubble and not getting to the paid seats. But in a tournament where the first place paid is $1 million, it will be quite different, especially if that amount represents 20 years of salary for you (unlike a billionaire who will continue to play poker as if nothing had happened). If one of the remaining players isn't afraid to be the "bubble guy" and leave empty-handed, it will allow him to be very aggressive and put a lot of pressure on the other players. His chances of reaching the first position will therefore be much greater than the others with equal mats

What is an ICM error?

Let's go back to the example above with a slight modification. This will give us the following mats:

Note that the player in 5th position now has 500 chips instead of 5,000. In this tournament, there are always 4 paid seats and 5 players. Now imagine that you are the player with 17,000 chips

At this point, it can be said that the player with 500 chips has very little chance of getting to the paid seats. If we translate his stack into money according to the ICM method, we notice that it has a value of $5.75. Your stack has a theoretical value of $114.89. Since there are 4 paid spots, with your position and your 17,000 chips, we can evaluate your chances of accessing the paid spots at least 95% (maybe even more). In this situation, the chip leader will have a huge advantage over the rest of the players because he will be a threat to elimination for everyone. Imagine a hand where you have a pair of Jacks in hand. The three smallest mats have folded their hand before the flop and the floor is yours in the small blind position (the chip leader is on the big blind). You raise preflop with your JJ and the chip leader pushes all in. If you're last in chips, it's a very easy call, but here you're 2nd in chips and there's a very small stack still in play. The decision is difficult and that's why we will study the hand using the ICM calculation method to help us make a good decision

Here, your pair of jacks is probably ahead of your opponent's rank. The big problem, however, is that the player pushing all in has more chips than you do, and if you stall and lose the hand, you lose everything, while there is a player who is almost out of the tournament. Calling all in in this situation would be an ICM error. Let's put this example in numbers to better visualize it

Our call with JJ will therefore have a negative long-run expectation of winning $6.28. And we can add that the game is even more losing than this conservative evaluation since naughty will probably have a better equity than 30% in reality and this evaluation does not take into account our skills in this tournament. By being 2nd in chips, we have a pretty big leverage that will allow us to win the tournament more often than our turn

Calling an all in with JJ in this situation is a good example of an ICM error. It is important to have a minimum knowledge of ICM calculation to avoid this kind of error

How does the ICM calculator work?

If you've read the text above, you probably already have all the basics to use the ICM calculator.

First, indicate the number of players remaining in your tournament. The ICM issue only starts to become relevant as you approach the paid seats, in the paid seats, or on the final table. At the beginning of a tournament, we play our stack as if it were a cash game. The more the tournament comes to an end, the more relevant the MHI question becomes

After selecting the number of players remaining in the tournament, enter the cash amount of paid-up seats. Finally, enter the number of chips each player has and click on CALCULATE. In the "Results" section, you will get the theoretical cash value of your prize pool if you could cashout immediately, just as if it were a cash game. This information is handy for making a tournament deal to split paid seats or to review a hand in which you suspect you have made an "ICM error" (see paragraph above)

By working with the ICM calculator, you will see how the amount allocated to each token will change. In cash games, we know that a dollar will always be worth a dollar. In tournament play, the value of your tournament chip will be constantly changing. To give an extreme example, if you have 1 chip left in a tournament where there are 3 players left and the 3rd position will result in a minimum of $1 million in paid seats, your chip will be worth $1 million and change, whereas at the beginning of the tournament your chip was probably worth less than $1