A 3b or 3bet is the third bet you make at a poker table on a given street. The mandatory blinds to be placed preflop determine the first bet. We will call or "limper" as the first bet (or 1 bet, although this expression is almost never used). If a player raises at say 3 times the size of the big blind, it will be a 2 bet, commonly called a raise. If another player over-raises the raise to say 10 big binds, it will be called a 3bet. The 3bet can take place pre-flop, at the flop, at the turn or on the river.

Concrete example of a 3bet

We're at a six-player table. This is a 1-on-1 cash game. The player in the UTG position (the first player to speak preflop) opens at 5 (he raises rather than just paying the blind of 2 so he 2bet). Some players fold until the button that raises the raise (3bet) to 20. The player on the button has made a 3bet. The same can happen on any street (flop or turn or river). If a player bets 5 on the flop in a pot of 10, his opponent raises to 30 and the player who originally bet 5 raises to 70, he is said to have 3bet the flop. 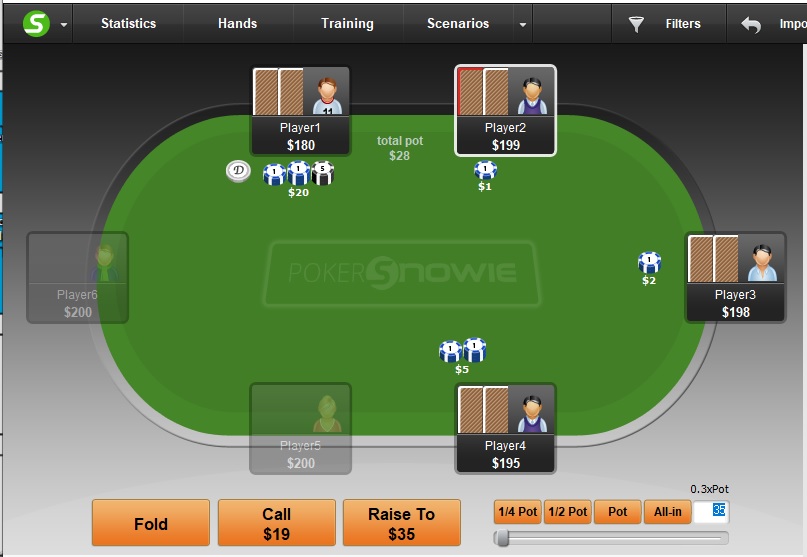